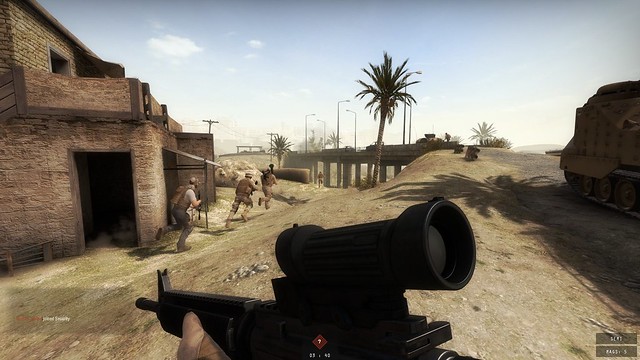 OK, I've now had some time to really get to grips with Insurgency so thought it was about time I gave you my views on it.

But right off the bat I'll have to tell you that I'm very pleased I bought this game - and even more pleased that it didn't cost a huge amount (in fact STEAM have just had it on sale for the price of just £4.99 which is crazy). In fact I will go as far as saying that this game has rekindled my tactical shooter mojo. 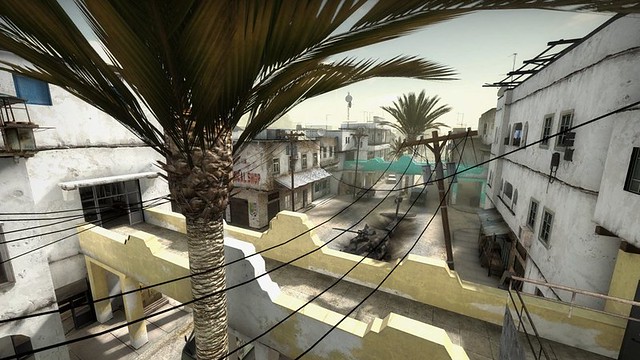 If I had to put my finger on why I think this game is a terrific little 'tactical shooter lite' it's because it gives players a choice in how they play the game. The differing game modes really provide something for everyone, and because the game is heavily 'mod' based if a mode doesn't exist then just wait a while and you can bet your bottom dollar that it soon will do!

Myself, I have gotten really addicted with the co-op mode. Playing against bots may not be everybody's cup of tea but I really like the teamwork that results from live-players playing hoards of bots. Insurgency is turning out to be the best co-op game I've played since the original Ghost Recon - and I do not say that lightly.

(By the way, because of this emphasis on teamwork I have not read or heard the word 'noob' ONCE in the couple of weeks I have been playing this game...How nice is that?)

Anyway, rather than me ramble on - as I do - I came across a video by BillyEatWorld Gaming that absolutely encapsulated my views of Insurgency. So instead of my reinventing teh wheel, so to speak, take a look at this...

To conclude, I see a lot of potential for this game (and games like it) - casual takes on the tactical shooter format which allow allow 'tactical shooter' fans like me get a quick fix and a lot of variety (rather than sitting down for a marathon 2 or 3 hour tactical infantry warfare fest, like ArmA or Project Reality).