I can't believe it's been a week since I decided to give Ground Branch a try and yet I only started playing it properly a couple of days ago. Most of my time has been taken up with setting up the game controls along with my Razor Orbweaver controller and sorting out some other PC issues. 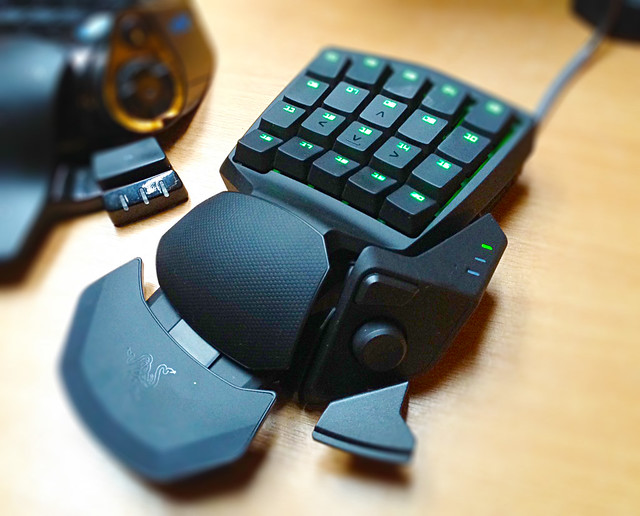 Still, I'm basically set up now and I have my audio and video recording sorted too. But, before I get into my first successful solo mission play through I'd like to recommend the following video to anyone who is considering playing Ground Branch, it has some very helpful tips...

The solo training - or what GB calls 'offline play' - map I started with is called the 'Power Station'. I didn't pick it for any reason other than it seemed a good open map with exterior and interior areas.

Default setting for the AI 'bots' is 15 in number, though I am not sure if you can adjust 'difficulty' (will have to look into that). They seem to be reasonably good shots at short to medium range, but don't seem to attempt to snipe you at longer ranges. In fact, at longer ranges you seem to be pretty safe, which is a shame.

Their actions - once contact is made - is also pretty limited. They will try and close but don't seem to want to flank widely and definitely do not seem to want to move back to make use of better cover. On occasion they will stand out in the open rather than make use of available cover. However, these are still early days and the Dev are up front about certain things not being 'finished' (and I know from the Dev's Blog that the AI and how they are effected by contact is something they are working on...

Note: Apologies for the constant 'clicking' of my mechanical keyboard!

Phew! Well, first off...I really enjoyed that! This really brought back memories of playing the classic Ghost Recon. I love the slower, more methodical tactical format, maybe it's because I'm getting old but I believe there is room enough in the game market for a game of this pace.

Randomisation of Bot Locations?
Now I've attempted the Power Station map a few times I began to notice that the bots seemed to be showing up in the same location or patrolling along the same routes. I mention this in my video but am still unclear as to whether there will eventually be some sort of randomisation of where the bots are likely to appear. 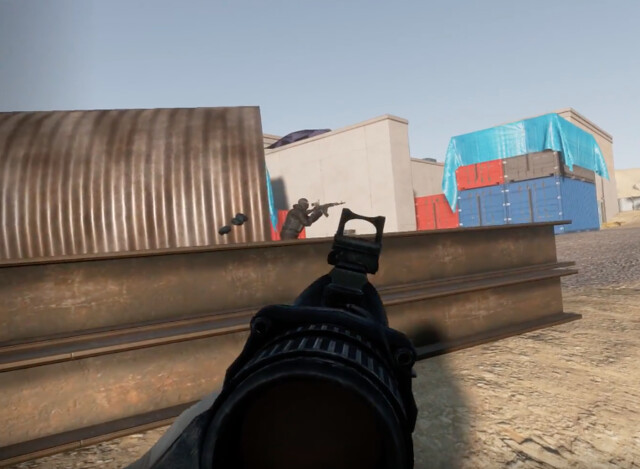 Obviously, if the bots do appear in the same locations, again and again, the replayability of the training (offline) maps is somewhat limited except for time trial runs.

Bullet Penetration and Materials?
One of the things I was unsure about - but then struck me as I rewatched my play-through video - is whether bullets can go through materials.

Ground Brand doesn't include a comprehensive 'destructible' system - like Battlefield does - but does seem to have a few things you can blow up (the game includes a breaching charge for doors). But quite what materials in the maps are penetrable by fire is a mystery as yet. I have seen someone's video that shows them making a kill through a chip wood door, but that's as far as my knowledge goes.

So, when I engaged an enemy through a very tight doorway I did later wonder whether I could have just fired through the intervening plasterboard wall (what Americans call drywall)? 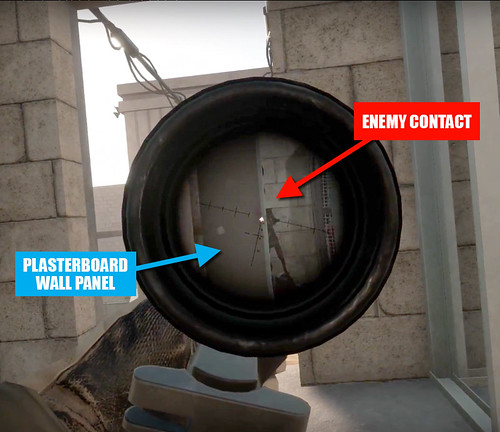 So...On my list of things to practise when I am 'training' is to find out what other materials I can shoot through.

Controls Usability
Er, well I'm still finding the controls a little fiddly at times, but then I haven't built up enough muscle memory for them yet and that's what efficient FPS gaming is all about.

There again, there are a lot of the controls that are just placeholders that have not been implemented properly yet. You cannot go prone and there are a few other things that are frustrating but are temporary frustrations.

Grenades are another source of annoyance as I find the controls for selecting them a little clunky, but then that's compared to the instantaneous system used in Battlefield of CoD. This is another one of those things that Ground Branch does 'more realistically' that may just confuse or frustrate new players.

Realistically, using a grenade is NOT an instantaneous action. A soldier would have to use two hands (none of that Hollywood pulling the pin out with his teeth nonsense) and also have to expend some time taking the 'nade from a pouch on his webbing. This is kinda the sequence in Ground Branch...So if you are a fan of 'nade spamming you are out of luck!

I'll get used to the controls, I'm already happier with the basic movement options and however 'clunky' they may appear at times I do appreciate the reason for this and the immersion factor that they are intended to create. 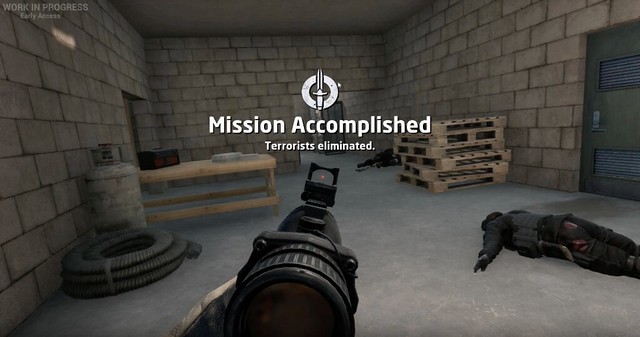 Bottom Line...
I love this game. It's like it was made for me. It's great to be able to take your time and have other players who are willing to slow down and take their time too. If you watch a few of the GB videos on YouTube you will soon notice that a bunch of players who are taking the whole tactical element of this game very seriously indeed and are trying to recreate tactical techniques and practises (like entry stacking, etc).

Next, I hope to try out some online games.
Posted by Beaty at 08:21