I can't be the only PC gamer who - due to the pandemic lock-down - is rummaging through their STEAM library for old games with some replay-ability!

As it happens I came across a little gem I had totally forgotten about - Heliborne. It's a entertaining helicopter shooter in 3rd person view with aspects of War Thunder, except it has a stronger single player campaign mode to the game. 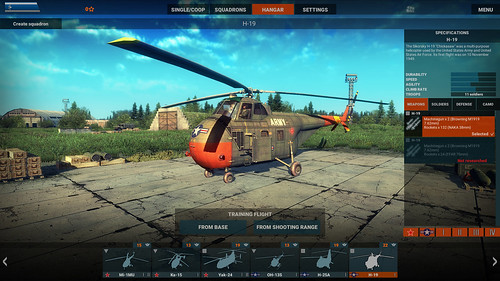 I sorta remember a friend trying to get me interested in playing this when it first came out (2017), but it didn't quite gel with me, plus we were heavily into Call of Duty: WWII (and I was playing a lot of Sniper Elite 4) so didn't have time for any new games. But now we do! Thanks Rona! 😉

Anyhoo... As I'm playing War Thunder with the lads I thought to myself 'helicopters, hmmmm, that's different' and installed it (because I mistakenly thought that War Thunder didn't have choppers, but I was wrong)...

Much to my surprise, Heliborne is an entertaining - if not complected - game. The main goal is to keep up with the ever evolving operational situation with enemy action popping up around the map at an ever increasing rate. It literally becomes a frantic fire fight with you flying your helicopter from one flare-up to another with a limited amount of time to stamp out the attacks.

(Alternatively, you have the choice of Soviet missions for some Warsaw Pact era action.) 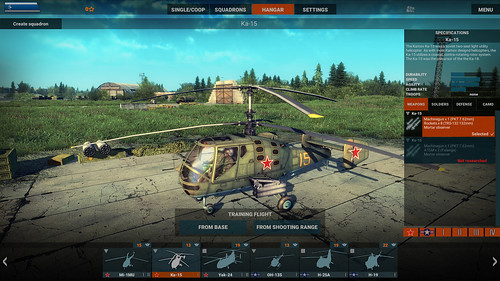 This time round I've taken to this game and have actually made it through the first mission - which I never did the first time around!

As I said, it's a great little offline, single player alternative to War Thunder, but it does have an online co-op and team match PvP element as well. Though, I struggling enough just trying to fly my helicopter and dealing with the AI adversaries never mind having to cope with people that would undoubtedly be much better pilots than I am! 😆

By the Way, On an Slightly Related Note...
The whole experience - particularly the Vietnam setting of the early game - got me thinking about a game from all the way back when I had a Sinclair Spectrum!

Gunboat was a 1990 game made for DOS, Amiga and Spectrum, it simulated operations by the 'Brown Water Navy' patrol boats which - like Heliborne's Vietnam missions - put you in mind of the movie 'Apocalypse Now'...

I really wish a developer would remake Gunboat, there's nothing like it at the moment and I really think that the idea of a patrol boat sim would be really exciting. I am put in mind of Battlefield Bad Company 2: Vietnam and how much fun that was...