This weekend was a busy one - aside from several hobby projects I got my PC back up and running again! 👍 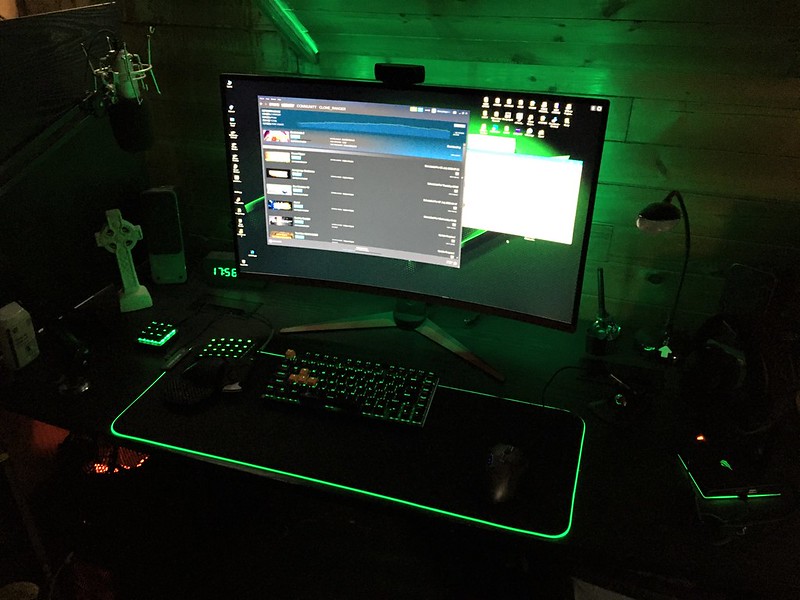 In the end I plumped for the GeForce RTX 2060 SUPER VENTUS OC graphics card to replace my defunct GTX 1080. I'm still gutted that I had to spend this money as I have other things I would have preferred to have done with the cash (I am already starting to think about Christmas) but as they say 'shit happens'! 😕


So, Whatcha Playin'?
Anyway, I will have to put this behind me now and get on with things. Luckily there's to to keep me occupied as I can now look forward to some new games. Top of the bill is - finally - the acquisition of BORDERLANDS 3 which I had been putting off until I got my rig sorted (I didn't want to try this title on my Asus laptop as - although it would have run, just - I would have felt cramped playing a big title like this on a a small format machine.

Now, I used to be a huge Borderlands fan, but that was mainly because of the games excellent co-op feature where me and my mates could have a big blast together. It just worked and was very smooth and on the whole lag-free - much fun was had by all. However, I kinda went solo for the past few years and so my interest in co-op and multiplayer games waned and I returned to single player epics like Fallout and GTA (yes, I know GTA is now big into the whole online thing but at it's heart it is still a wonderful single player story driven experience)... Yadda, yadda, yadda...

But now... I'm kinda swinging back towards co-op again thanks to my 'Dad & Daughter Game Night' sessions, where Stacey-Fefe and I have some not altogether serious shoot'em up fun with the classic 'Left4Dead2'. And this is what led my back to being interested in the Borderland franchise!

Fefe and I have nearly finished our run-through of L4D2 (boy, I wish they had done a 3 and a 4) so we were looking for something that would be along the same lines for our game nights, with the possibility of my eldest daughter joining us or some team co-op. Despite being a relatively new title Borderlands 3 shares the same ability as it's predecessors for being able to run on less powerful systems (with reduced settings, of course) so it's great for a team of disparate PC players with rigs of varying age.

With One Eye On the Future...
This all said, I do have a bit of a long term strategy for my PC gaming set-up and it all hinges - fingers crossed - on what's happening in September of this year...

With any luck we should be seeing the release of Cyberpunk 2077 the back half of this year and that's a single player game that I could really lose myself in...


It does looks a bit like GTA5 meets Bladerunner although - to be fair as the Bladerunner comparison is a bit lazy - Cyberpunk 2077 borrows it's aesthetics from several techno-neon-punk movies of the 80s and 90s. Dare I say that I get more of a 'Johnny Mnemonic' (Keanu Reeves, Dolph Lundgren, 1995) crossed with 'Total Recall' (Schwarzenegger, 1990) vibe going by the latest trailers that I do a deep and dark dystopian feel?

...So that what I'm looking forward to, but there are lots of games I fancy having a go at in the meantime. We'll finish up L4D2 and start on Borderlands 3 for co-op action, but I also fancy a zombie survival crafting game (I've kinda burnt out on '7 Days to Die'). My brother suggested I look at a game called Subsistence (which seems to be along the lines of 'Rust')...

However, as it happens I've just been reading a very exciting article on PC Gamer regarding the much hypes science-fiction/horror game 'Death Stranding' and the decision to implement DLSS 2.0 in it...