Very First (Ever) Game of D&D!

Well, bit of a landmark last night, I am no longer a D&D virgin! 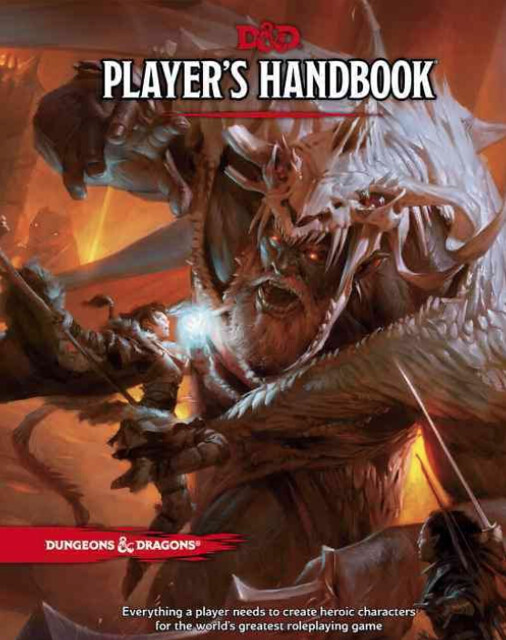 Quite by chance an old friend contacted me, he had read some of my social media  comments about my trying to get into RPG and he invited me to join a local D&D game with him. It was all a bit sooner than I really wanted, I had planned a gentle build up with some solo RPG gaming before I launched myself into full-blown multiplayer D&D - but there you go.

First off, everyone was super nice and I wasn't the only novice player there which took a load off my mind. There were six of us in the little adventuring group, of mixed skills and levels of experience.

Broon the Barbarian
the first thing that struck the new D&D player (if they are like me) is how long it takes to generate your character. Indeed, this took up the first hour of the evening, mainly because I hadn't taken my friends advice to do a bit of homework first and look into what type of character I would be.

In the end, I took (what I thought was) the easy route and chose 'Barbarian' as - in my inexperienced logic - that would be an uncomplicated character and I wouldn't have to grapple with complicated skills or spells...I'd just 'bash things'! :)

In actual fact, I should have watched some of the terrific character generation 'how to' videos on YouTube so that I could make a more informed choice. But, in any case, for a Barbarian these videos are quite helpful primers...

The final quandary was 'what do I call my character'? It's really harder than it sounds and not just a case of 'uh, ya just make up a cool fantasy sounding name'.

Thing is, if you haven't played a role playing game before getting into the right spirit is a little hard. I mean, when was the last time you 'played' at being something?

Getting 'into it' takes the longest part, but by the end of the evening you will be uttering clichéd sword & sorcery oaths with the best of them (and maybe even trying out a funny voice, but that's optional)!

This next video is quite possibly the very best D&D primer for new players ever made...

In the end I chose the name 'Broon' (as in The Broons) as my character's name. And I even came up with a shallow backstory for him...

'Broon was born of peasant parents in a mountain hamlet in the far North. He did not want to raise sheep like his father and ran off to seek his fortune as a 'great warrior' when he was young. Joining the militia of a northern Baron, Broon found himself guarding the battlements of his lord's castle while the army went off to fight the great war and he never saw any real fighting.

On his lord's return, the war over, Broon was dismissed from service and not having won any plunder or gained a reputation for himself he soon became a penniless wandering vagabond. Eventually, he found menial employment cleaning tables and acting as a part-time ostiaries [doorman] in a run-down tavern.

It was here that he overheard a group of adventurers who were on the look out for some 'cheap muscle' and he introduced himself as a 'former soldier'...' 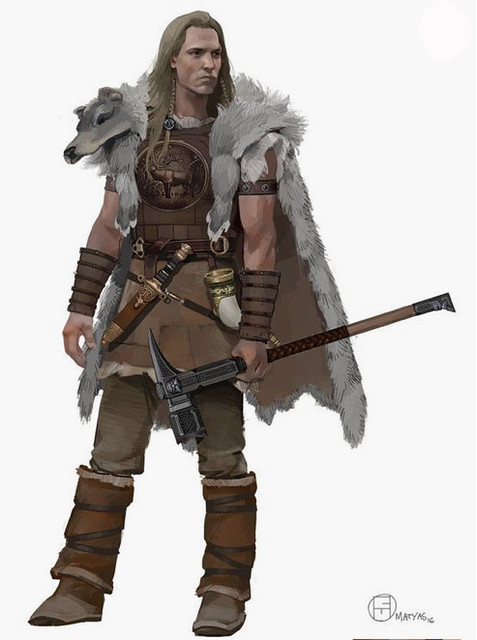 Broon's motivation: He desperately needs to prove himself and become the 'great warrior' that he always dreamed he would be. To this end, he often embellishes his military service in an attempt to ingratiate himself into some of the hardened gangs and groups of adventurers that frequented the tavern where he worked. His goal is fame and wealth.

Unfortunately, I didn't take any picture or make notes about my first adventure (but will do in future), but - basically - our small group helped a shopkeeper rid himself of some nasty visitors who were destroying his stock. These turned out to be 'Grey Ooze'...

'Gray oozes, like most oozes, are underground dwelling, mindless scavengers who drag themselves around caves and sewers and absorb and digest whatever they find. Unlike some other oozes, it cannot move on ceilings or walls, and hence is left to slide its way along floors. The gray ooze attacks by striking like a snake until prey is either dead or unconscious, and it then moves on top of them to digest them from within.
It is immune to cold and fire. The gray ooze's acidic secretions corrode metal at an alarming rate, and in addition to giving the creature a method of destroying opponent's weapons and armor, blacksmiths also sometimes use jarred gray oozes to meld ore into the right shape. Gray oozes reproduce by breaking small driplets off of themselves after a meal, which later grow into gray oozes themselves.' Source: Wikipedia 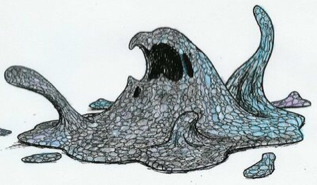 I got lucky and managed to help destroy a couple of these nasty little creatures and survive my first adventure. The downside was that I discovered that simply bashing a pile of grey goo (in true low-brow barbarian fashion) is perhaps not the best strategy as it resulted in the melting of my trusty great axe!

However, as simplistic as 'bashing stuff' seem a strategy for my character (and as logical it seems in some situations) I tried not to over-think my character and do some stuff that seemed illogical because I think that's what my character would instinctively do. Never mind what 'I' would do.

For this I managed to not only live to fight another day, but also won 100 XP and 10 gold!

Not a bad evening's adventuring for a novice! :)
Posted by Beaty at 07:41 No comments:

I've laid off making any comment about the new (forthcoming) Battlefield V as the announcement 'trailer' was little more than a mishmash of scripted scenes to wet our appetite and there was little that really too us how the game would actually play.

Well, that's changing as we are starting to see some brief examples of actual (presumably test) game play. Here's a glimpse from the game blogger 'Jackfrags'...

My Thoughts...
OK, I admit I had some reservations about certain aspects of the game when I saw EA's original announcement trailer, but let's not start with the criticisms, let's start wth the positives...

This game looks amazing (note 'looks')! Building on Battlefield 1 and Battlefront EA have really developed a beautiful looking game world in which to play. The BFV featured in the above video ('Narvik') looks spectacular and highly detailed and immensely immersive. Likewise, the audio sounds terrific and will certainly give the appropriate accompanying cacophony of war.

The character movement and weapons like very polished (but should be) AND I love the new game mode of the 'Grand Campaign', gaming clans will appreciate having something as in-depth as this new mode - taking place over several 'days' - as it would make a really cooly league-table event.


But...(There is always a 'but')...
Unfortunately, this preview of gameplay reinforced some of my initial worries about the nature of 'historical accuracy' in the game.


For me, alarm bells started ringing when I saw the wild mix of weapons and vehicles that were included in the trailer video. Items ranged from the entirety of the six years of WW2, from early war British Valentine tanks to 1943 era the German Tiger tank. 'Technically' EA is skating on thin ice, as while these particular tanks could have appeared together in a battlefield, it seems more like EA have 'cherry-picked' weapons from the whole of WW2 to suit their ideas for weapon classes.


This 'casual' approach to historical accuracy was further illustrated in the gameplay preview video, with the odd juxtaposition of the map of a famous 1940 battle (Narvik) featuring weapons - like the famous German StG 44 assault rifle - from the later half of the war. Again, EA seems to be acknowledging and maintaining it's strategy of giving players exciting and 'useful' weapons to play with no matter whether they are strictly accurate from a historical point of view.

In BF1 EA eventually just seemed to give up (of give in) and added some really exotic weapons to improve 'run and gun' gameplay that were either extremely rare or even prototypes and never featured  in mainstream use (or at all) in the way EA implies in the game. According to EA's history boo, every soldier had a submachine gun or assault rifle in WW1!

This compromise over 'fun' and excitement over accuracy seems to be equally evident in BFV, unlike games like 'Day of Infamy' who take a much more realistic approach to how they arm player characters. Sadly, EA also seem to have opted for a 'symmetrical' weapons issue system as you can clearly see British characters using StG 44s in the video (unless they are allowing players to pick up enemy weapons).


All, in all I found this Pre-Alpha gameplay (and I must emphasis it IS pre-Alpha, so things will probably change)  an unsettling mixed bag of WW2 'flavours'...Like a smorgasbord of a menu of places, characters and objects from across six years of war compressed into a few minutes ('Oh there's Dunkirk (blink), oh, now it's D-Day!').

I understand it makes for exciting and varied gameplay, but I would have much rather they had, instead, gone for a full-blown 'alternative reality' and based the game in the popular '1946' genre, that way they could have included as many fanciful weapons as they liked and nobody could complain about the accuracy of their inclusion.

Hopefully, things will settle down and become more clear as we get further examples of gameplay.
Posted by Beaty at 03:22 No comments: