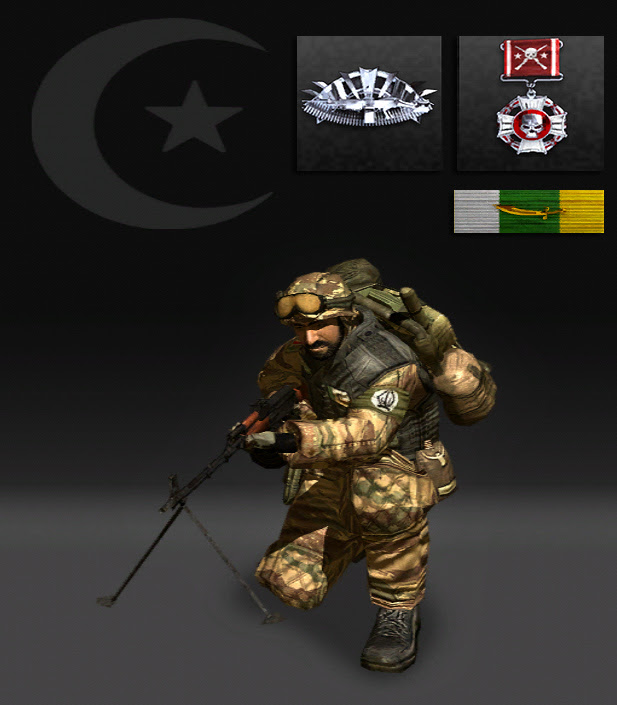 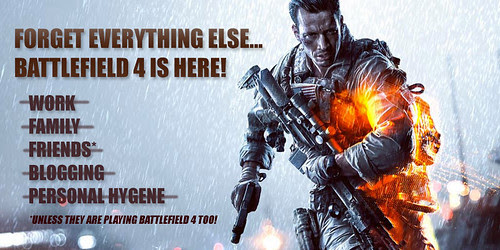 Things have gone suspiciously quiet again on Milgeek lately - but this time it's a positive quietness. In short, I've been playing lots (and lots) of Battlefield 4! Yes, I have decided - I do like BF4...

It's been a long time - in gaming hours - getting here but my fellow BIG clan gaming friends and I  have finally found a game that takes us back to the heady days when we played BF2 competitively. Battlefield 4, thus far, has been a bit of a traumatic experience and at times I doubted whether it was the game that would recapture those vintage gaming memories of yesteryear…But here I am glowing with the warming exhilaration of many evenings fragging with friends!

BF4 is what some might call a 'slow burner' in the way that it has taken time for those that have persevered with its troubled birth to discover it's underlying pleasures. More than once I thought this would never be the game that it's grandaddy was.

To be honest it was more than just dogged tenacity that got me through the past couple of weeks with BF4, a timely - but very necessary - upgrade to my gaming rig at least proved that many of my early problems and atrocious K/D ratio were not because I was getting too old for multiplayer FPS! With a new quad core motherboard and chip and the return of my Radeon graphics card I was able to play BF4 in 'medium' res instead of 'low' res - and there was an additional bonus of the disappearance of the network lag that had plagued me since the release of game (simply put, because my underpowered PC struggled to play the game even on the minimum settings I spent all my time playing in slo-mo and inevitably shooting targets where they had been rather than where I thought they were).

Anyhoo, my gaming rig renewed I am now able to join in the fun on something approaching a level playing field AND - more importantly - I am able to perform my role within the team more satisfactorily. My new PC specs are: 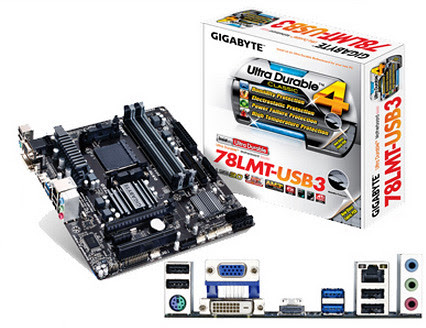 To be honest after our major power disaster – which cost up a whole new main electric board for the house – I thought my PC had gone completely. I have only ever had two major compy melt downs in my playing career, and this latest one was perhaps not so dramatic sounding (no big bang) but was very scary all the same. And all this despite appropriate – I thought - surge protection I hasten to add!

After struggling through the first couple of weeks with my ‘back-up PC’ – working on computer video and graphics, yes I do have a back-up computer – I decided ‘what the heck’ and asked a local firm to have a look at my blown rig. My town is somewhat bereft of high-end computer repair shops, the vast majority of ‘PC repair shops’ here are the general consumer type who specialize in low-level OS problems, fitting RAM and solving virus problems!


What with my fears about the cost of repairing my machine – I was worried that several major parts were fried – and the fact I couldn't source a technician locally that had experience with high-performance gaming rigs I had been putting off making enquiries. But my BF4 traumas gave me the impetus I needed to seek out a local expert.

Core Concepts, of Scarborough, sounded like they offered a more in-depth service – including component replacement and stress testing – and I asked for a quote. In the end – as I suspected – the motherboard and central chip were both toast, but – on the up side – my graphics card was still intact! They gave me a price for the possible alternative replacements for these parts and I plumped for the ‘mid-range budget' solution.


As I said, this wasn’t really the upgrade I would have liked to have been doing, I imagined my computer’s mid-life upgrade would have been adding something a bit more substantial to it’s horsepower rather than just getting it back to a working condition. Having said that the step up from a 2.4Ghz duel-core processor to a 3.8Ghz quad core has enhanced my potential performance a bit – but I am still using my faithful old Radeon 5850 HD 1GB card so it’s swings and roundabouts. Really, about now I would have liked to have been putting in a graphics card of double or even treble this memory. Ah well.


Proof is in the pudding...Treacle or Tart?

So, how does my repaired PC perform with the incredibly demanding Battlefield 4? Well, quite nicely really – I can get the graphics settings up to medium if I want now (though prefer to play with them set to low to squeeze out better frame rates). But most satisfying is the hit performance in one-on-one encounters – I am now shooting targets where they are, and not whether they were! The result of this is my abysmal K/D ratio has been somewhat stemmed and I am beginning to turn it around. 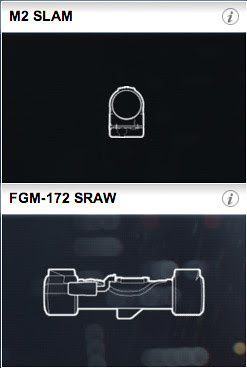 I am, I’m afraid to admit, not as fast as I used to be and am not capable of getting the scores I used to when playing with the ‘young guns’ – their reactions are just too fast for me now. But I am trying to equalize this out by being a bit more tactical and concentrating on working on my squad skills (even ‘practicing’ was muted by a fellow team mate)!

Left: As an Engineer I have settled on the combination of M2 Slam mines and SRAW anti-tank guided missile. I've always enjoyed my anti-vehicle role and BF4 has refined this role with some additional specialist gadgets. Chief among these is the M2 SLAM - it's a mine but can also be used as a 'sticky' charge, giving you the versatility that used to come with C4 in BF2/3.

The SRAW is not a 'fire and forget' missile and only locks onto target when a laser designator is employed to 'paint' you target. But it is a nice compromise between the 'dumb' RPG and the more 'high tech' Javelin AT weapons as it can be guided BUT still be used to 'noob tube' unsuspecting victims (particularly snipers who might be out of the range of your PDW or Carbine).

Battlefield 4 is a nice - but delicate - balance of 'run and gun' and tactical play. Yes, there are times you will need to have those 'twitcher' reactions when who shots first lives, but you can temper this sort of high-adrenaline and frenetic play by integrating yourself into a good squad and doing your job. A good squad leader is invaluable, particularly one that can recognise tactical openings to guide your team to opportune goals.

Alas, as always, those pesky snipers can turn the game into a chore on public servers (where it is not unusual to see whole squads made up of the Recon class), but a good commander can soon put pay to their shenanigans, or there is fun to be had as a chopper door-gunner raining down death on the roof-to assassins! The good news is that some of the better clan servers are already putting limits on the numbers of snipers so that we grunts can get on and do what we love doing. 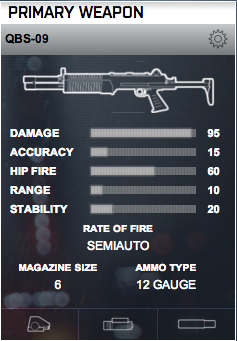 I am now enjoying BF4 for the challenge that the game and other players present and not hating it for the technical problems it came with. To be sure EA are trying to rectify the problems and I reckon that by the Christmas holidays the majority of glitches will have been sorted.

Left: The shotgun is still a great way to dominate those intense CQB encounters. Though, strangely, BF4 gives you one of the better boom stick right off the bat! The QBS-09 is semi-auto has a terrific damage score of '90' (out of 100) and is short and mobile. However, reloading is still painfully slow so have your pistol ready as back-up.

UPDATE: Yesterday the latest game patch rectified some more of the issues - and thank goodness that included the horrible 'blurring effect' that marred the graphics. The new maps included in the update also seem to be better coded and load a lot faster than the original maps, so I'm a happy chap.

There is no doubt that by this time next year I will have to be thinking seriously about a major upgrade of my computer – but in the current financial climate my ‘make do and mend’ solution (which still wasn’t exactly 'cheap') will have to do. Unlike my team-mates I cannot afford to simply go out and buy a brand new machine JUST to play BF4!